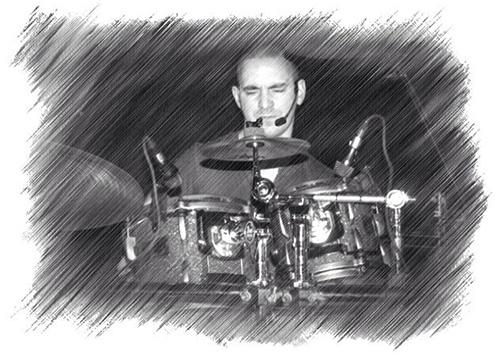 Chris started learning drums at the late age of 13 and was self taught until taking his A-Levels at the Grammar School in his home town. Upon completing his studies on the Guildhall syllabus, Chris went on to begin a 3 year BA(hons) degree in Music at Colchester Institute where he studied orchestral percussion under the watchful eye of Cameron Sinclair (BBC Symphony Orchestra/Royal Philharmonic Orchestra) and drumkit with Paul Francis (Steve Harley/Trinity drum kit syllabus contributor) at Orchard Percussion studios. Whilst in college Chris also developed an interest in recording techniques and spent time working from both sides of the studio control room as an engineer and performer. 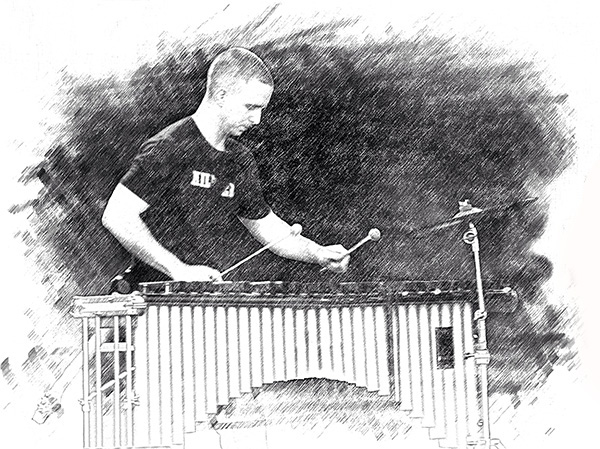 After graduating in 2001, Chris returned home and began working for the County Music Service as a Peripatetic Instrumental Teacher and Youth Band leader where he stayed for 8 years. During this time he began a busy side career as a freelance drummer and percussionist, working all over the UK and internationally as both a showband and studio musician. Backing artists and shows, Chris’ playing experience covers a wide range of genres from rock and pop, orchestral and jazz, through to cruise ship ballroom music. Credits include Bucks Fizz, Jayne Curry, Zoe Tyler, Brian Conley, Darren Day, Mark Moraghan, Jaki Graham, Guthrie Govan (Asia), Ray Lewis (The Drifters), and many more. 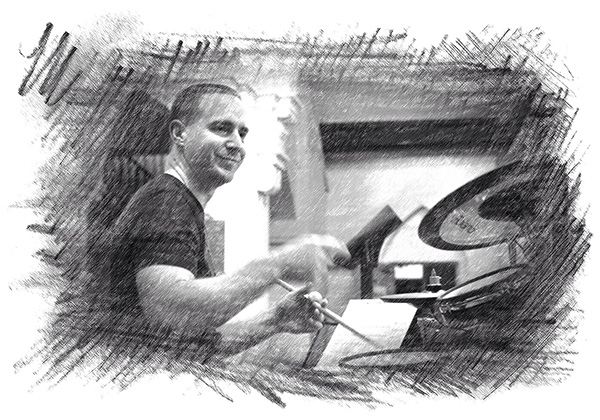 Chris is still highly in demand up and down the country due to his versality and reading skills and commands a busy schedule of gigging and recording whilst still working and teaching from his new home in Camberley. In recent years Chris returned to his studies under the masterful tutorage of nationally renowned technique instructor Bob Armstrong. Alongside teaching and gigging, Chris also has a regular position as musical director for the pantomime at the nearby Princes Hall Theatre - 2016 will be his seventh consecutive year in this role.

To find out more about Chris’ current projects and work outside of teaching check out his Personal Website. 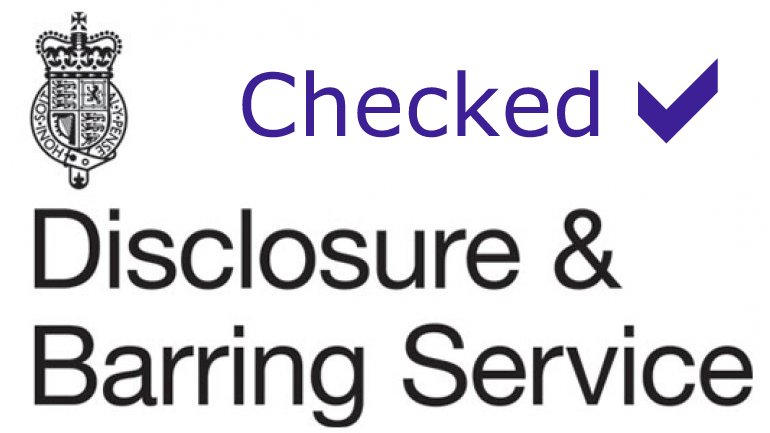